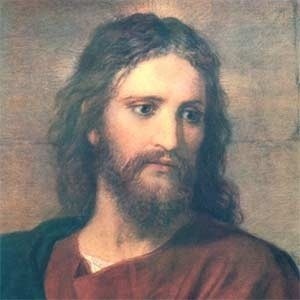 The Ananda lineage began when Jesus appeared to the yoga master Babaji and asked him to send someone to the West to spread the teachings of original Christianity. Jesus told Babaji that his followers needed to learn how to receive him through deep meditation, as beautifully described in the verse, “As many as received Him, to them He gave the power to become children of God” (John 1:12). He said that although his followers still do good works, they have lost the ability to commune inwardly with God.

Babaji simply means “revered father.” Though the great master’s birth name and date are unknown, he is known to occasionally appear to advanced yogis in the Himalayas along with a small group of his disciples. After the vision of Jesus, Babaji agreed to send someone in his lineage to the West, although the person he would choose was not yet born. Babaji is the one credited with bringing back the ancient science of Kriya Yoga. Babaji is sometimes reffered to as Babaji-Krishna because Babaji is known to have said that he was Krishna in a previous lifetime. 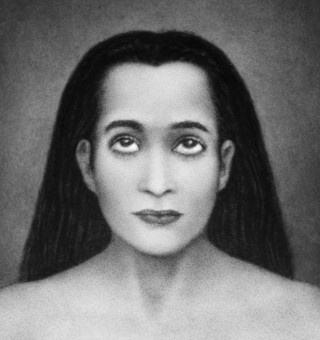 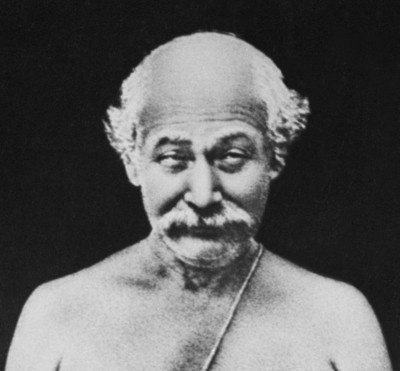 Shyama Charan Lahiri was the birth name of this great yoga master. His disciples lovingly added “Mahasaya,” which means “great-minded one.” Born in Bengal, India, to a pious brahmin family, Lahiri Mahasaya was the one who made the ancient science of Kriya Yoga available not just to those who had renounced the world, but to all sincere souls.

Lahiri Mahasaya was a married householder with two sons. He held a job as an accountant to support his family. A yoga master of the highest achievement, his entire life served as an example of how to live “in the world, yet not of the world.”

Lahiri met Babaji when he was in his 30’s, and through a wondrous initiation described in Autobiography of a Yogi by Paramhansa Yogananda, he became Babaji’s disciple.

Swami Sri Yuketwar of Serampore, India was a disciple of Lahiri Mahasaya and the guru of Paramhansa Yogananda. He was known for being very strict and disciplined, and was a great astrologer. He was mainly a gyana yogi, meaning that he expressed God through deep, intuitive wisdom. At the request of Babaji, Sri Yukteswar wrote a book called The Holy Science on the essential unity of all religions. Sri Yukteswar belonged to India’s ancient Swami Order of monastics. Paramhansa Yogananda had this to say about his great guru:

“His every utterance was measured and chiseled by wisdom. A sublime self-assurance marked his mode of expression: it was unique. He spoke as none other in my experience ever spoke. His thoughts were weighed in a delicate balance of discrimination before he permitted them an outward garb. The essence of truth, all-pervasive with even a physiological aspect, came from him like a fragrant exudation of the soul. I was conscious always that I was in the presence of a living manifestation of God.”

—Paramhansa Yogananda, Autobiography of a Yogi 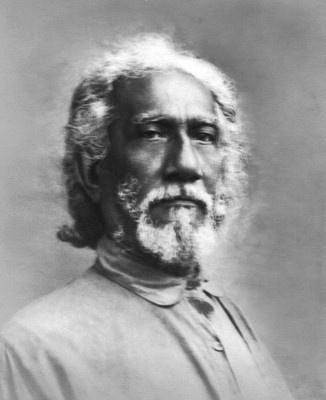 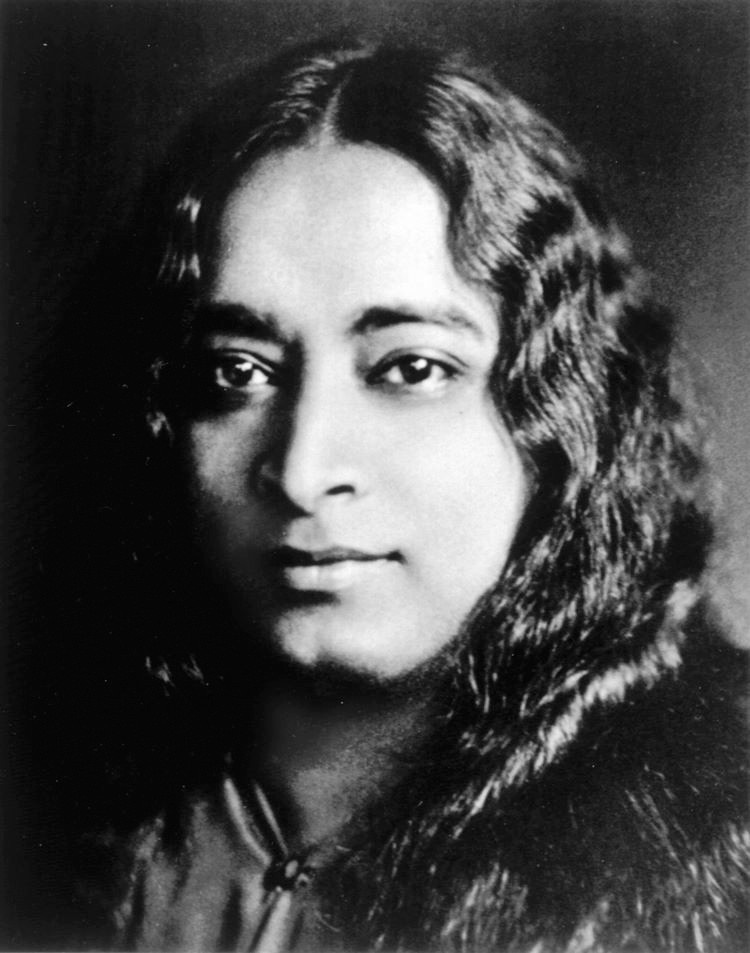 Paramhansa Yogananda was the first yoga master of India to take up permanent residence in the West. Yogananda arrived in America in 1920, and began teaching the universal path of Self-realizaiton. In his words, “Self-realization is the knowing in all parts of body, mind, and soul that you are now in possession of the kingdom of God; that you do not have to pray that it come to you; that God’s omnipresence is your omnipresence; and that all that you need to do is improve your knowing.” In 1946 he wrote Autobiography of a Yogi which soon became a best-selling spiritual classic. Ananda members base their lives and spiritual practices on the teachings of Paramhansa Yogananda.

In 1948 at the age of 22 he became a disciple of the Indian yoga master, Paramhansa Yogananda. At Yogananda’s request, Swami Kriyananda devoted his life to lecturing, writing, and helping others to experience the living presence of God within. Inspired by Yogananda’s dream of establishing spiritual communities, in 1968 he founded the first of what are now 10 Ananda communities worldwide. They provide a supportive environment of “simple living and high thinking” where over 1,000 full-time residents live, work, and worship together.

Widely recognized as one of the world’s foremost authorities on meditation and yoga, Swami Kriyananda has taught these principles and techniques to hundreds of thousands of students around the world. An advocate of simple living and high thinking, Swami Kriyananda’s more than 140 books cover a wide range of subjects emphasizing the need to live wisely by one’s own experience of life, and not by abstract theories or dogmas. A composer since 1964, Kriyananda wrote over 400 musical works. His music is inspiring, soothing, and uplifting. 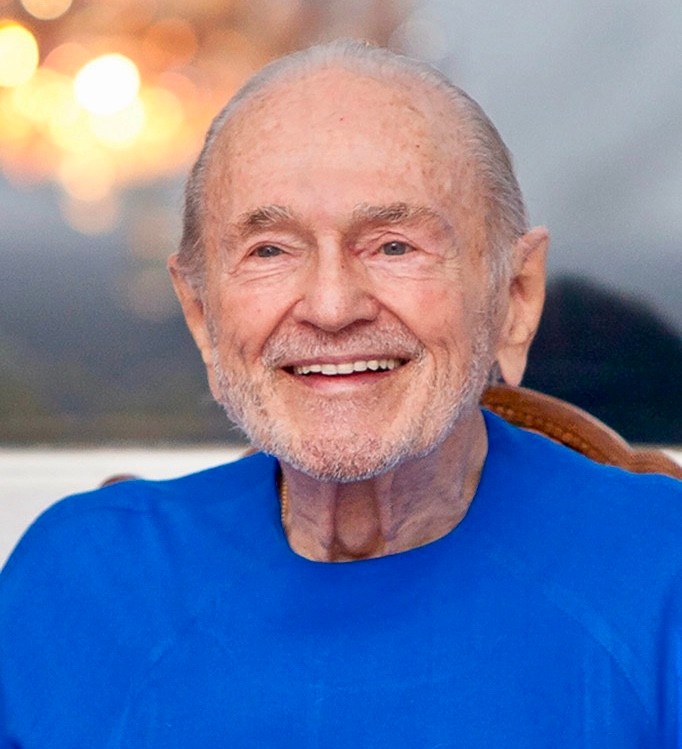 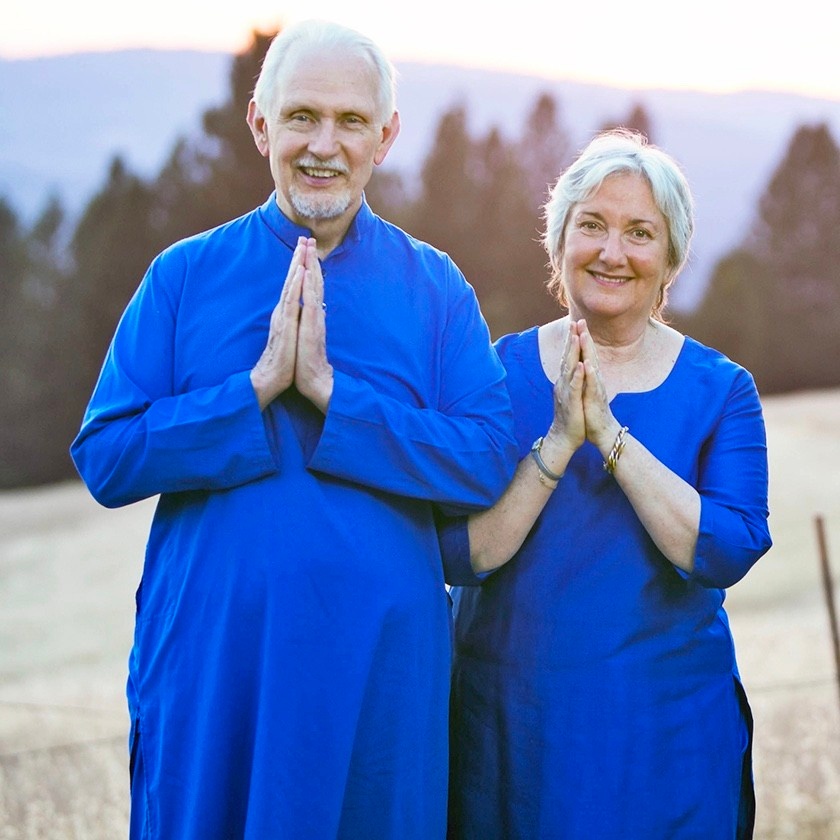 Nayaswami Devi is the author of Faith is My Armor: The Life of Swami Kriyananda and the editor of The Light of Superconsciousness and Intuition for Starters, both by Swami Kriyananda. They are co-authors to the book “A Touch of Light: Living the Teachings of Paramhansa Yogananda”, which is a compilation of their weekly blog.